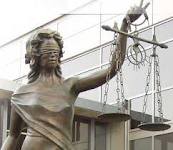 In hopes of finding ways to recover funds, this page was created to help victims of bad suppliers understand the full range of options available in China.

It can’t hurt to contact the Chinese embassy in your country, but keep your expectations realistic. They will likely explain (in varying degrees of politeness) why they are too busy and that you should contact the local police. The number of cases is so large that the embassy and consulates don’t get involved unless the case has political ramifications.

Unless your loss is very large, you will find little support from the police in China as they are simply overwhelmed. If you are lucky enough to get their attention, you will be asked to file a report, which must be done in person and in Chinese. That means you fly to China or appoint somebody to represent you.  Be careful when granting a power of attorney!

Depending on what county you are from, your embassy in China may be a bit more helpful than the Chinese embassy, but do not expect the embassy staff to lead the charge to get your money back. Most of the time they will suggest you contact a local lawyer.

Unfortunately there is no Better Business Bureau in China where you can take your grievances. That’s the main reason SupplierBlacklist.com was created.

Here is a great flowchart to help you explore your options and make an educated decision about hiring a lawyer or not. 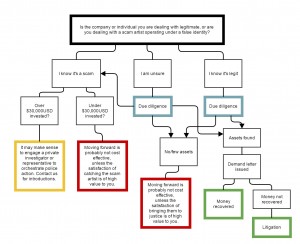 The following content is intended to serve as general information about legal options in China; it is not legal advice nor intended as legal advice.

How to find an attorney that can help recover money from a bad supplier in China?

Warning:  Using a lawyer back home to help you recover funds in China may not work.

Tip:  It will save time and money if you work with the lawyer to select the key evidence and only have those items authenticated/translated.  Don’t expect the Chinese judge to dig down too deep into either party’s pile of evidence. It is very much to your advantage to make a simple and concise case, based on a short stack of solid evidence, rather than trying to impress the judge with a big stack of paperwork!)

Tip: Speaking of contracts… having a written contract will help your case a lot. But even in the absence of that document, Chinese exporters are legally obligated to supply a product that is “fit for function”.  So if you ordered red umbrellas without a contract and received blue ones, the case can be complicated because you don’t have clear evidence that the two parties agreed to red umbrellas.  But if those umbrellas showed up with quality defects that prevent them from working like an umbrella should, then you still have a decent case.

If your loss is substantial, don’t be afraid to take the fight to China!

But if the combination of direct and indirect loss is less than 6,000 USD it probably doesn’t make sense to pursue legal action in China.  You would be better off spending your money on things like supplier verification & bilingual contracts to ensure your future orders don’t have problems.

The above flow chart was reprinted with the permission of AsiaBridge Law (www.AsiaBridgeLaw.com). English-speaking, Chinese lawyers in the AsiaBridge Law network in China can assist with dispute resolution, loss recovery, contract drafting, due diligence and more.