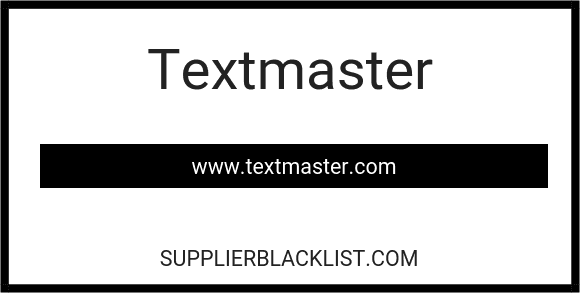 Are you performing due diligence on Textmaster from Germany who sells Translation Service? If so, you may want to read the below review of the experience of one buyer and their recommendation to consider when dealing with this company.

You will also find some links to help you find more related information about Textmaster on Supplier Blacklist and on Google as well as other bad suppliers of Translation Service reported here on SBL.

Destination market of order in question:
Other

Stage of relationship with the supplier at the time of the incident:
More than 10 orders had been placed with this supplier when the incident occured

User Experience:
I would like to warn translators, as well as potential customets of the TextMaster (ACOLAD, “Technicis”, Technicisgroup, Telelingua, AAC Global) translation agency represented by Anne-Laure Hauck, that this company is a scammer, a non-payer, and also provides poor-quality services, and sometimes just Google translation!

How do I know that?

I worked for this company 1,5 month. First I completed the test translation, which was accepted and I was hired. After that, I have received translation requests and provided translations. The first five big projects were accepted and paid with a delay. Later I received two new translation requests for a much larger volume and at the finish I was asked to complete one more. Immediately after receiving the last translation, the managers began to assure me that the translation was terrible, so there would be fines. But the fact is that I worked very carefully, absolutely correct, the text were not complicated and contained the same lexis as the previous projects, namely the description of the goods, such as “children’s furniture, pink.” Nevertheless, all my three huge works (in total about 200K words!) were immediately removed from my profil so that I did not even have access to them !!! In addition, it turned out that the indicated file volume does not match the present. For example, a file with 7,000 words, in fact 43,000 words with delivery time 2 days, the text with the indicated volume 50 words obviously was at least 250 words. At first Anne-Laure Hauck, Head of Production, promised to pay until the end of the summer, and at the end of August she simply began to ignore it. After my promise to blacklist them, she replied that they could not pay, because the “German woman” said that the quality was terrible. This is verbatim. The head of TextMaster (ACOLAD, “Technicis”, Technicisgroup, Telelingua, AAC Global) also boasted that she had googled information about me!, and discovered that, haw awful!, I was working as a teacher.

Apparently, the logic is that a translator cannot be a teacher and paid. After questioning, it turns out that this company was also called “Technicis”, but then rebranded (changing the name from “Technicis” to “Acolad”) was a maneuver to make the public forget their bad reputation. I have been not paid for the translation of about 200 thousand at all!!! There are already a lot of negative reviews about Textmaster: https://www.sitejabber.com/reviews/textmaster.com#4 https://www.sitejabber.com/reviews/textmaster.com#3 https://www.sitejabber.com/reviews/textmaster.com#9 (use the text of a foreign site as a test task) FOR POTENTIAL CUSTOMERS: During the execution of the work, I was provided with a glossary and earlier accepted text segments, provided by other translators of this agency, which contain a lot of gross errors, in particular, absolutely inappropriate, wrong product names, translation of company names, and much more. I would be glad to show examples and evidences. Many customers on the Internet complained that they received a Google translation without changes, as, for example: https://www.sitejabber.com/reviews/textmaster.com# or : Nous avons commis l’erreur de confier une traduction à cette agence en début d’année, mais ça aura été la première et la dernière fois qu’on a fait appel à leurs services. La qualité de la traduction était médiocre, et on s’est rendu compte qu’ils utilisent des services de traduction automatique sans l’indiquer au préalable aux clients. Après avoir demandé autour de moi, il s’avère que le rebranding (changement de nom de “Technicis” à “Acolad”) était une manœuvre pour faire oublier au public leur mauvaise réputation. TRANSLATORS, AUTHORS CHEATED BY TRANSLATION AGENCY TEXTMASTER I would also like to appeal to the victims of this agency, especially from France, with the aim of filing a lawsuit in court against Textmaster (Acolad). Positive reviews they write themselves Scammer: Anne-Laure HAUCK Phone: +33 (0)1 76 43 27 78 Skype: anelore31 anne-laure@textmaster.com Carole Coucke charlotte@textmaster.com Phone: +32 (0)2 588 19 81 Sophie Mona sophie@textmaster.com schandelier@acolad.com and some “German woman” 69 rue de Richelieu Paris, CA 75002, France Tel: +33188450045 contact@textmaster.com Phone: +33 (0)188 45 00 34 Phone production team: +33 (0)188 45 01 12 www.telelingua.com Several additional addresses on their websites Acolad Legal Geneva 4 – 6, Avenue Industrielle 1227 Geneva, Switzerland geneve@hltrad.com +41 (0)22 342 38 87 Acolad Switzerland Technoparkstrasse 3 8406 Winterthur, Switzerland info-switzerland@acolad.com schweiz@telelingua.com zurich@aranchodoc.com +41 52 264 70 50 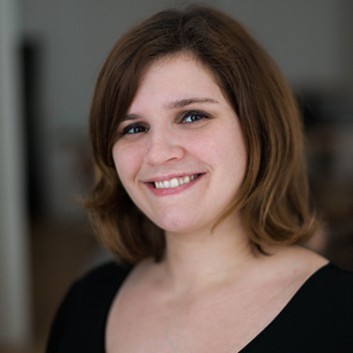 If you need more information, you can click the below links to search for more submissions about Textmaster on Supplier Blacklist as well as go to the search results page on Google for more reviews online about this company.

Perform a Supplier Blacklist search for more reviews on Textmaster.